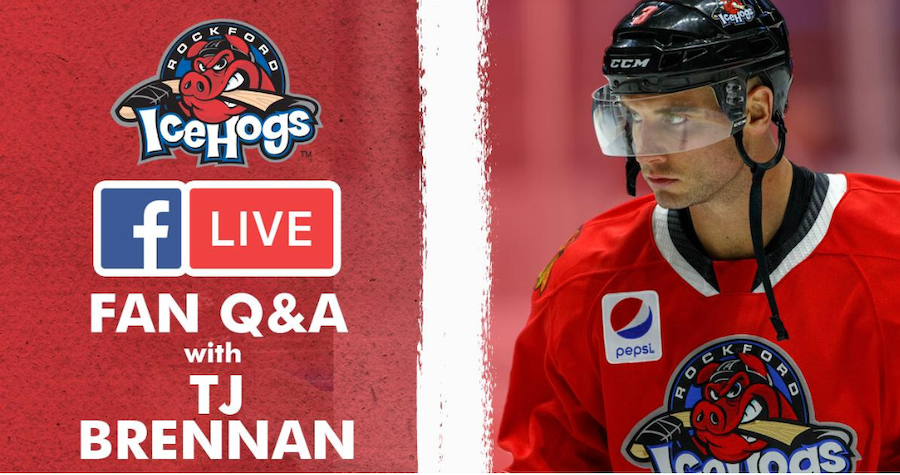 Brennan returned to the IceHogs organization in a trade between the Chicago Blackhawks and Philadelphia Flyers on Feb. 24 and picked up three assists in six games with the IceHogs before the season was postponed.

He first spent time with the IceHogs during the 2014-15 season when he contributed nine goals and 27 assists for 36 points across 54 games before being traded to the Toronto Maple Leafs on Feb. 26, 2015. The two-time Eddie Shore Award recipient as the AHL’s top defenseman was named an AHL All-Star five straight seasons from 2013-14 to 2017-18.

The veteran defenseman has appeared in 28 contests with the Lehigh Valley Phantoms of the American Hockey League this season, recording one goal and seven assists. He’s appeared in 230 games with the Phantoms since 2016, recording 156 points (44G, 112A). In 673 career AHL games, the Moorestown, New Jersey native has tallied 475 points (157G, 318A) with Lehigh, Toronto, Rockford, Rochester and Portland.

Originally drafted in the second round (31st overall) of the 2007 NHL Draft by Buffalo, Brennan has appeared in 53 career NHL games with Buffalo, Toronto and Florida, notching five goals and eight assists. He set career highs in games played (29), goals (3), assists (7) and points (10) during the 2012-13 season with Buffalo and Florida.