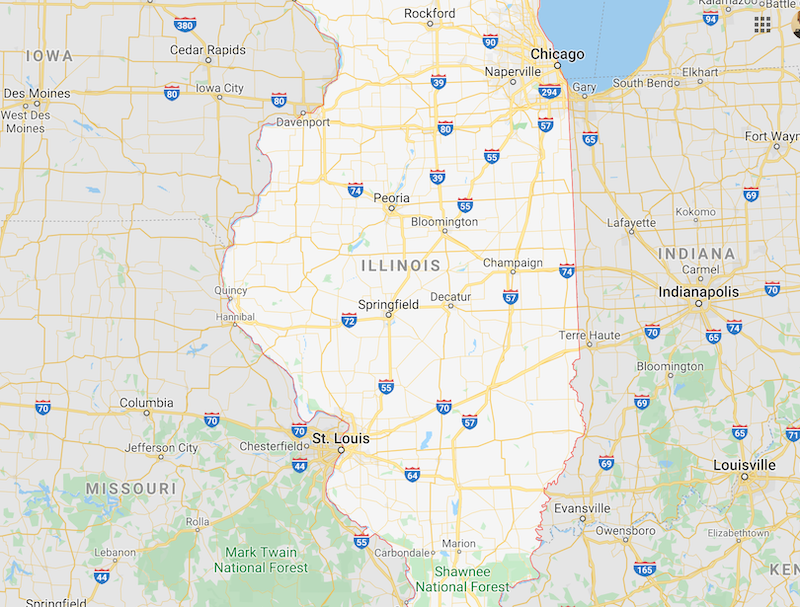 With Gov. J.B. Pritzker’s stay-at-home order scheduled to expire April 30, GOP lawmakers are seeking relief for a devastated economy and frustrated constituents. Rep. Mark Batinick of Plainfield said Tuesday he hoped their proposed modifications would get “buy-in” from the public.

There was no specific start date mentioned. The proposal came just a day after Pritzker raised the specter of a stay-at-home extension when he announced that the rising number of COVID-19 cases, expected to peak in the latter half of April, now won’t top out until mid-May. At his daily briefing later Wednesday, Pritzker gave a lukewarm response to the GOP plans.

They include re-opening businesses such as car dealerships, golf courses and state parks, department stores and hair salons and allowing hospitals to resume operations including screening procedures such as mammograms and colonoscopies that are weeks or months behind.

“There are no easy answers as the situation seems to change daily, but a common sense approach to re-balancing restrictions is the best step forward …,” Batinick said in a video conference with reporters. “The more we show common sense from the government, the more there’s going to be buy-in from the public.”

Such normal activities would look different. People would be required to wear face coverings and maintain the well-known 6 feet of social distance from others to discourage transmission of the illness.

For most people, the coronavirus causes mild or moderate symptoms, such as fever and cough, that clear up in two to three weeks. For some, especially older adults and people with existing health problems, it can cause more severe life-threatening illness, including pneumonia.

Officials reported Wednesday the largest one-day increase in new cases, 2,049, bringing the total to 35,108. Pritzker said that was because of the timing of the state’s receipt of test results from various labs. There were 98 additional deaths to report, pushing the total to 1,566.

Pritzker has repeatedly parried questions about the stay-home order but has strongly suggested it will be adjusted. President Donald Trump has pushed for reigniting the nation’s economy, and some states have moved aggressively toward a return to normalcy.

Pritzker believes testing for the virus must be widely expanded and a mechanism for contact tracing and alerting people to potential exposure needs to be implemented.

“It’s widely understood that the things that you need in order to open the economy are things that we don’t quite yet have in place, nor does any state,” Pritzker said. “Some states are reopening anyway that’s their choice. People might get sick.”

Pritzker issued the stay-at-home directive March 20 to limit movement from home to commutes to jobs deemed essential or trips to the grocer or pharmacist. It came days after he emptied classrooms of students and closed nonessential businesses.

Compliance with the stay-at-home dictum and social-distancing guidelines has contributed to the delay in the peak, Pritzker said. The restrictions have slowed the spread of the disease, allowing health care facilities more time and breathing room to treat new cases.

“We, the people’s elected representatives, should be participating in the decision-making process about how to protect the health of Stateline area families while taking responsible action to start safely relaxing some of the restrictions,” State Rep. Joe Sosnowski, R-Rockford, said. “We live in a democracy, after all, not a monarchy.”

“Very few businesses have any ability to weather more than 30 days of shutdown,” he said. “As members of a co-equal branch of state government, we cannot run Illinois with no checks and balances. The legislature needs to be involved in decisions to safely open regionally. There are real, serious consequences to continued shutdown that must be discussed before decisions are made.”

Machesney Park Republican Rep. John Cabello accused Pritzker of failing to protect correctional officers during the pandemic and chided the governor because he “commuted the sentences of known murderers and released hundreds more prisoners into unknowing communities during this crisis.”

Pritzker said that he and Illinois Department of Corrections Director John Baldwin have both used their power to commute sentences during the pandemic and have only released inmates that were not considered dangerous. Although some of the inmates are convicted murders, they were either eligible for parole, at the end of their sentences or cancer patients nearing death.

Pritzker says he is considering a regional approach to restart the Illinois economy, but says he will do so with caution. The governor said he worries that if he lifts stay-at-home directives too soon, rural areas could see spikes in COVID cases, overwhelming hospitals and resulting in more deaths.

Pritzker said the stay-at-home order that expires April 30 would be extended but he is considering adjustments so some businesses could potentially re-open next month.

Free meals for children and teens continue through May