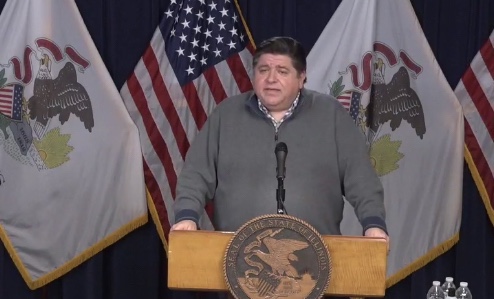 CHICAGO – The Illinois Department of Public Health on Saturday announced 2,119 new cases of COVID-19 and added 80 people, including a Winnebago County woman older than 100, to the state’s pandemic death toll.

There are now 41,777 confirmed cases of coronavirus disease in Illinois, a total that includes positive lab tests and presumed positives. As of Saturday, 1,874 people have died from complications related to COVID-19.

There were 364 people tested the UIC School of Medicine campus on Parkview Avenue, Rockford’s first drive-through site. The site is one of two sites where people can be tested via nose swab while they sit in their vehicle.

“They are currently for people who have a COVID-19 symptom,” Gov. J.B. Pritzker said of the drive-through sites. “And that’s a much looser standard, just to be clear, than we had prior to having more tests available, when we were requiring a doctor’s order in order to get a test.”

Rockford’s second drive-trough testing site is at Auburn High School. It opens at 9 a.m., Monday. Each site has the capacity to test 500 people per day.