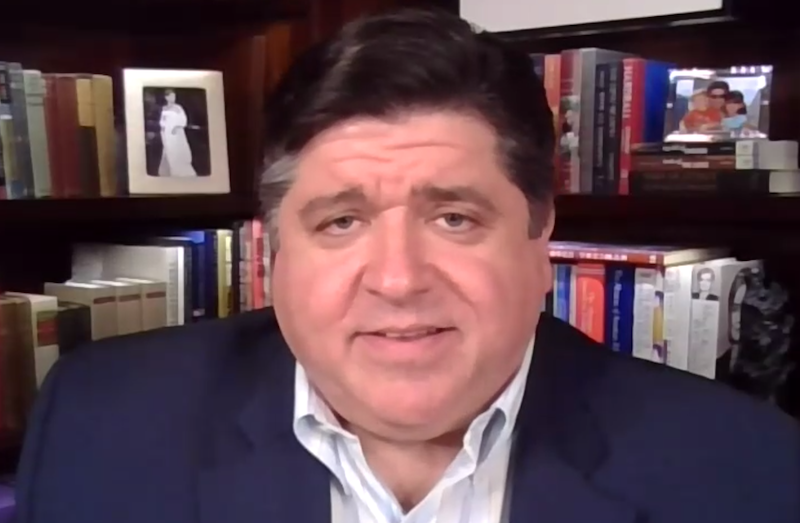 Though he expressed concern that Wisconsin’s order blew up, he expects his stay-at-home edict that expires at the end of the month and restrictions laid out in his five-phase Restore Illinois plan to remain in place.

“We’re well within the laws that exist in Illinois to have a disaster declaration, and there’s an ongoing disaster, an ongoing emergency,” Pritzker said.

The Wisconsin Supreme Court, on Wednesday, blocked Evers’ order set to expire May 26. The court voted 4-3 that the governor overstepped his authority when he extended the order in April.

Wednesday’s ruling gives public health officials six days to draft a new plan to open the economy that must be approved by state lawmakers. In the interim, several county health departments, including Rock County, have issued their own stay-at-home restrictions.

The court ruling marks the second time during the pandemic that the high court overruled Evers. Last month, it voted 4-2 to stop him from rescheduling the 2020 primary election.

Under Pritzker’s Restore Illinois plan, the majority of Illinois is currently in Phase 2. The plan allows regions that show stable COVID-19 infection and hospitalization rates to move into Phase 3 at the end of the month.

Phase 3 will bring good news for salons, gyms, offices and factories, as each may open with restrictions. But bars, restaurants and day care centers won’t be online until Phase 4, which puts them at the end of June. In response, some rural communities have chosen to open anyway, some with the blessings of local elected officials.

Pritzker repeated Thursday that there will be consequences for those who open early. Penalties could include suspension of state licenses, police intervention and disqualification of federal disaster funds.

“What we are doing is enforcing, using lots of different methods, using our licensing capabilities and our ability to pull licenses from businesses,” he said. “We’re using our ability to make sure that the towns that are following this get funded properly and that those that don’t, don’t.”

Pritzker has already cleared some legal hurdles. A church in Lena’s attempt to exempt its congregation from the stay-at-home order was denied. A judged ruled against two Chicagoland churches last week. Both were seeking restraining orders against the governor, claiming stay-at-home measure was unconstitutional.

Two lawmakers have also brought lawsuits against the first-term Democrat, one by Illinois Rep. John Cabello, R-Machesney Park, and other by Rep. Darren Bailey, a Republican from Xenia. Bailey withdrew his first suit, which was only seeking relief for himself. The second claims Pritzker must seek permission from Springfield to issue an emergency stay-at-home order.

The governor said he plans to keep his reopening plan in place unless an effective COVID-19 treatment is available or a vaccine is approved. Restore Illinois may also evolve but the governor said he doesn’t anticipate it to hit any legal roadblocks.

“We will continue to work within the law to keep people safe,” Pritzker said.

Complaints brought by Bailey and Cabello are pending.