Hervey sounds off about home rule 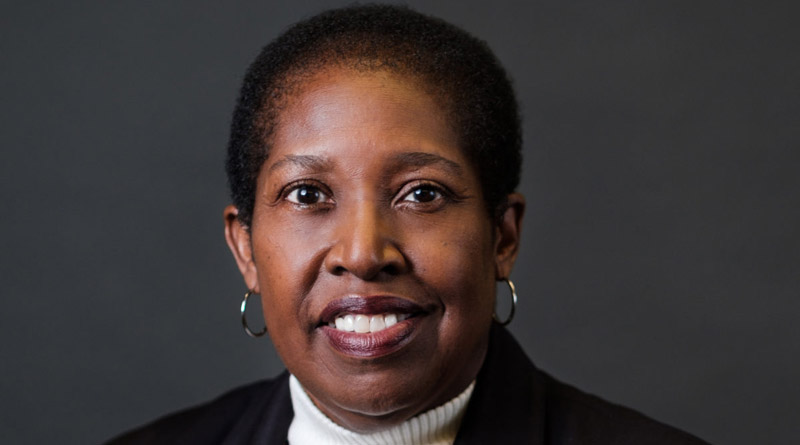 ROCKFORD — Rockford Alderman Venita Hervey hasn’t been the most vocal supporter of home rule since the campaign to reinstate it was announced last fall. That title has belonged to Tim Durkee.

In November, Hervey encouraged citizens to gather facts about its benefits and the consequences it could bring if home rule is abused.

That changed Monday, as Hervey says she spends much of her time ahead of the March 20 primary election urging the voters of her Fifth Ward to reinstate home rule after 35 years.

“People who are against home rule are people who want Rockford to be powerless and weak,” Hervey said.

Among those opponents, she said, are Realtors, landlords, absentee property owners with perpetually run-down buildings and those in the gaming industry. She said by opposing home rule, they’re asking citizens to clean up their messes.

“These are people who benefit by having Rockford taxpayers foot the cost of maintaining their property and managing their businesses,” she said. “People who are into gaming and liquor, they are against home rule. (The city) gets $25 a year for those gaming machines and they’re sucking millions out of this community.”

Hervey said people who spend money on gaming typically do not create revenue generated at retail stores or restaurants. Most of their money goes into the machines and the pockets of the owners.

“Gaming has a deleterious effect,” she said.

Hervey says she is not opposed to video gambling and has no intention of gouging machine owners. It’s just that more cash that flows into them should be put back into the community.

There are currently 459 video gaming machines in Rockford and city receives a $25 fee per machine. Of the more than $400 million put into those terminals last year, Rockford’s portion was about $1.7 million, a small percentage of the roughly $130 million budget to run the city.

Hervey also says the push against reinstatement is chock full of misinformation meant to confuse voters from seeing the benefits. At the core is the now decades-old cry that home rule allows the city to impose sweeping tax and fee increases without public input.

Nothing is further from the truth, the civil rights lawyer says. Anything proposed under home rule would be subject to city council approval and scrutinized even further because of recently passed ordinances.

“Some of it is just flat-out lies,” she said.

Hervey said fallacious messages are coming from a variety of places. Renters are afraid city officials will storm their apartments looking for property violations while others feel they’ll be taxed to death in a crime-ridden, potholed metropolis.

Then there are the horror stories from other cities: economic problems opponents blame on home rule. Most don’t apply to Rockford, however. Worth noting are real estate values in other Illinois cities juxtaposed with those here. Naperville, for example, has better neighborhoods than Rockford and far less blight. Even Joliet has a better handle on urban decay, Hervey said.

“It’s because they have local authority to manage their cities,” she said.

And while opponents have cited that property taxes tripled under home rule from 1971 to 1983, they’ve increased by nearly 80 percent since then.

“We have one of the highest tax rates in the state, and we don’t have home rule,” Hervey added. “So, I am not sure what people think that means.”

What it means is property taxes are arguably regressive. As real estate values increase, so does the amount of taxes collected. Other cities with lower tax rates have a lot more tax dollars coming in than Rockford, but they also have much higher property values.

“That’s what galls me,” Hervey added. “(We need) the ability to stop blight–to stop landlords from renting to drug dealers, from renting to people who don’t want to be part of the community. I want Rockford to have better management of our resources.”

Hervey said if March referendum fails, she fears a lot more people will vote with their feet, meaning they’ll rid them of Rockford’s dust and take up roots elsewhere.

Opponents say people are bailing anyway and more will join them if home rule is restored. They say Rockford has a spending problem, not a lack of revenue. All home rule does is give unlimited taxing power to a body of leaders that can’t be trusted.

Not so, Hervey said. While the city isn’t perfect, aldermen already have the authority to impose several taxes–namely a utility tax–without referendum but have chosen not to do so. And she believes in the self-imposed ordinance opponents continue to chide, claiming they’re “non-binding.”

“I know city councils can change,” she said. “But I think it will be hard for people to come in here in the future and say, ‘Raise the taxes.’ And that’s (the) concern. And people have a right to be concerned that we would have unfettered power to raise taxes.”

Some leaders say a 1-percent utility tax could be forthcoming if home rule doesn’t pass. But, it’s a tax Hervey doesn’t want to see wouldn’t support. She’d rather tax things like liquor, cigarettes and entertainment, not essential services citizens depend on to survive.

And because Rockford’s $10 million deficit is in its general fund, it cannot use revenue from entertainment and other taxes to close the gap. State law prohibits non-home rule entities from doing so. R.

Need to know more about home rule? Check out our coverage here.