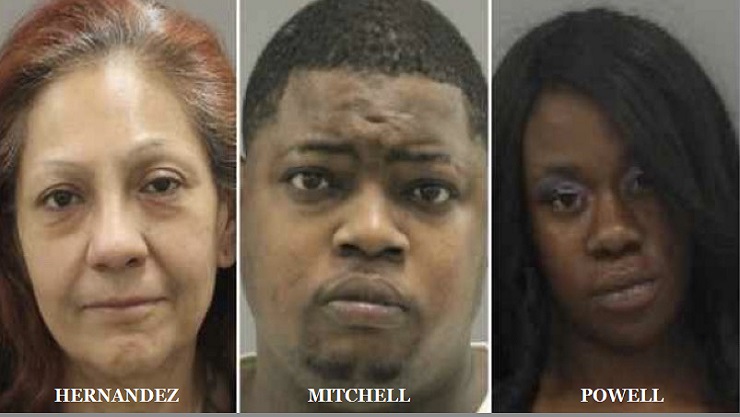 “We do backtrack where the drugs are coming from,” Rockford Police Chief Dan O’Shea said. “We partner with the DEA as well as the state police, and we try to track it as far as we can. Sometimes we can track it back to its origins outside the country. The DEA has a very large investment in tracking where it comes from, especially when it relates to fentanyl and the higher levels of heroin.”

Hernandez has been charged three counts of drug-induced homicide and a host of drug charges, including manufacturing cocaine, and manufacturing fentanyl. She is currently lodged in the Winnebago County Jail. Initial bond is set at $500,000.

Arrests warrants have been issued for Damareo M. Mitchell, 30, and Miranda C. Powell, 29. They each face a four-count indictment that includes one of count of drug-induced homicide, one count of conspiracy to commit drug-induced homicide, one count of delivery of a controlled substance and one of conspiracy to deliver a controlled substance. Officials say those charges are in connection with the death of Elizabeth Fosnow, who died of a heroin overdose last July 3.