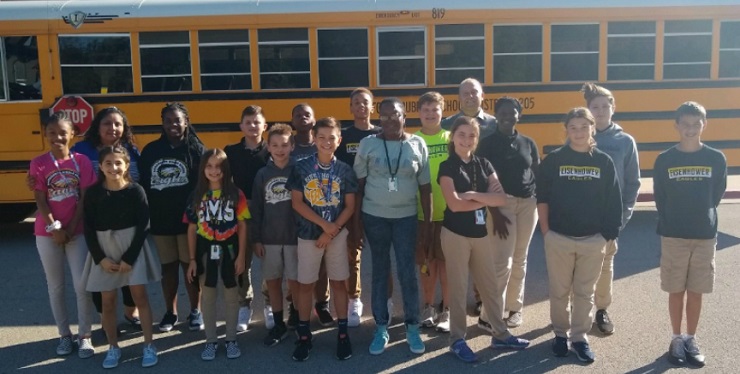 ROCKFORD – Sixteen Eisenhower Middle School students recently demonstrated tremendous courage, heroism and initiative in response to a situation they were forced into during their bus ride home last month.

On Friday, Sept. 20, the bus driver began to experience chest pains near the end of the route. Unable to continue, the bus driver had to pull over. Realizing this was an emergency situation, the students knew they needed to take action. While some of them tended to the driver, others went to get a neighbor for additional help and to call 911.

“The students waited patiently with their driver while the ambulance was on its way, and first responders were able to give the driver much-needed medical attention” Eisenhower Principal Jeff Carlson said in a release.

Carslon said the driver is now recovering because of the actions of the students.

“I want to recognize and publicly thank each one of these students,” Carlson said. “They showed courage and heroism, and I am grateful for their actions. I hope they can be an example for our community”