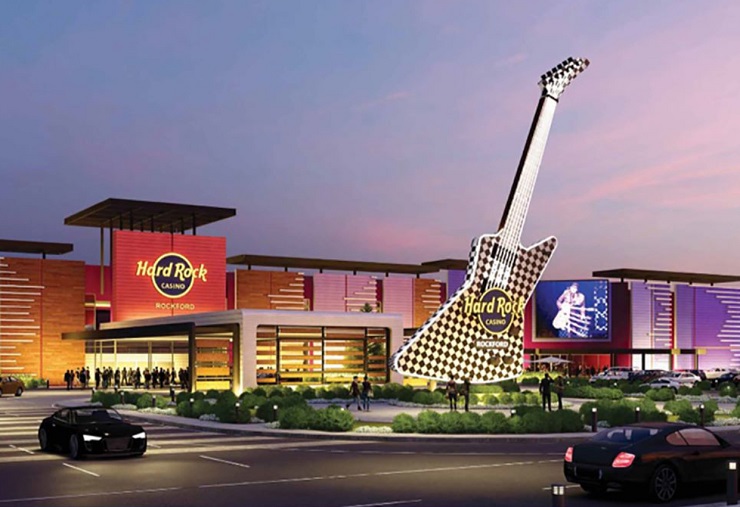 ROCKFORD – The Rockford Area Convention & Visitors Bureau hast thrown its support behind the proposal to build a Hard Rock Casino on the city’s east side.

“Today, we are pleased to support Mayor Tom McNamara’s recommendation of Hard Rock Rockford’s proposal and encourage its approval by the City Council,” CEO John Groh and Board Chair Jennifer Furst said in a statement. “We believe Hard Rock’s proposal is the strongest of those submitted and has the greatest likelihood to be approved by the Illinois Gaming Board.”

Groh and Furst said a Hard Rock Casino at the site of the former Clock Tower Resort will help stabilize the east side and that the complex will be highly attractive to the long-term health of the region’s tourism economy.

“Hard Rock Rockford and its internationally known and respected brand will benefit the region’s reputation, and its location at the region’s primary gateway will serve as a great welcome to visitors and residents,” they  said.

If approved by city council and the gaming board, Hard Rock International casino will feature 1,500 slot machines and 55 gambling tables at the 21-acre Clock Tower property. It would also boast several restaurants and bars, including a Hard Rock Cafe, and a 1,600 seat entertainment venue.

Hard Rock has guaranteed the City of Rockford $7 million in annual gambling revenue and agreed to make a host of improvements to attractions owned by the Rockford Park District.

2020 election: Bernie Sanders expected to be at Oct. 15 debate