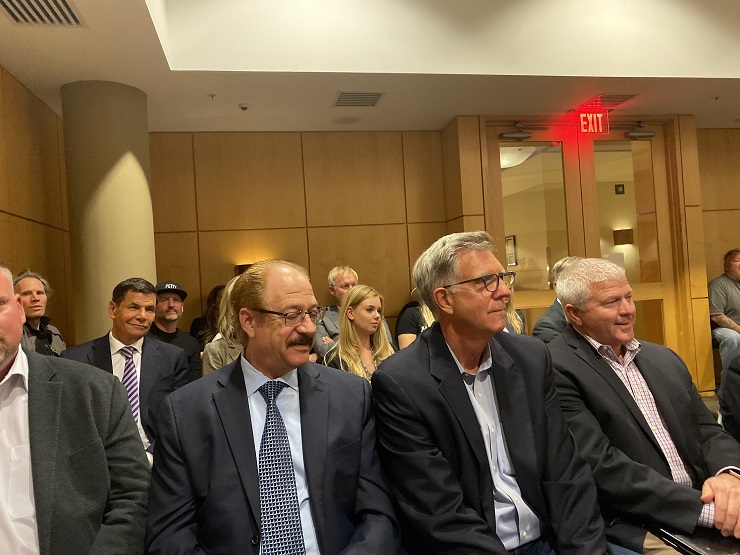 ROCKFORD – The Rockford City Council, on Monday, voted 11-1 to send a proposal to build a Hard Rock Casino at 7801 E. State St. to the Illinois Gaming Board.

“We are thankful for the mayor and council’s support of our plan, and we look forward to continuing with the state process to create an entertainment destination that will make Rockford proud,” Hard Rock International COO Jon Lucas said.

Aldermen voted for the plan after the zoning items related to the casino passed unanimously, indicating that all present council members would give Hard Rock the nod. Linda McNeely, however, cast the lone no vote. The Thirteenth Ward Democrat said although Hard Rock has vowed to give back financially to the city through its 815 Foundation, they have not promised that any of those dollars would be specifically designated to improve the west side.

“I wanted to have money to come for my area so I can start seeing development,” McNeely said.

Fifth Ward Ald. Venita Hervey (D) said she is also concerned that the west side, most notably the South Main Street corridor where Gorman & Co. was proposing a casino, will not see further development other than the Embassy Suites & Rockford Conference Center that’s set to open next spring. Unlike McNeely though, Hervey voted for Hard Rock.

“I wanted to see a casino in the South Main corridor for selfish reasons,” Hervey said. “I was desperate, and I am still desperately looking for something to help infill the South Main corridor. When I grew up, that area was what we called our Little Italy. …It was vibrant and it’s a historical part of the city. I was really hoping a casino would rise up somewhere in that area and help change the valuation of the (existing) buildings and bring something vibrant back there. It’s what I wanted, and I would have loved to see it. But I do support the Hard Rock Casino and the location on I-90. My ultimate goal is to do what’s best for the city, and I think it’s going to bring the most value.”

Lucas said while the casino will not be sited on the west side, from jobs to employee transportation, the company is committed to supporting all areas of the city.

“We heard from council loud and clear that the west side is very important,” Lucas said. “And we will do everything we can to help create jobs for them and make sure they can get to work at that facility coming from the west side.”

Hard Rock has guaranteed the City of Rockford $7 million in annual gaming revenue, committed to help fund improvements at several Rockford Park District properties and give to local charities.

“A 300-plus million-dollar project and an international brand makes all the work worthwhile,” Mayor Tom McNamara said about the selection process that was up against a 120-day clock that started ticking the moment Gov. J.B. Pritzker signed the state gaming expansion bill June 28. “And to the team that was assembled from Hard Rock, I want to say, ‘Welcome to Rockford.'”

The application process review process is expected to take about nine months. When it’s approved, Hard Rock will begin transforming parts of Giovanni’s Restaurant and Convention Center into a temporary casino with more than 700 slot machines. The facility will be open for 18-24 months while the permanent casino is under construction