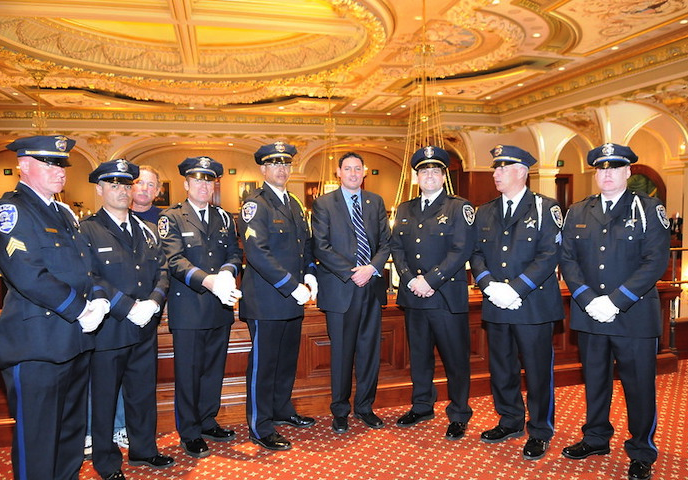 The task force is part of the state’s renewed effort to address the emotional health needs of police, fire and all emergency response personnel.

“We need to make sure that the well-being of our first responders is taken care of, both on and off duty,” Cabello said. “First responders need more than just equipment and the technological resources to protect our community and stay safe on the job. They need to know that somebody has their back. That somebody should be their own colleagues, the leadership within each agency or department, public officials at the state and local level, and our community as a whole. Together we can make sure that every first responder knows they are supported and has access to the peer resources they need.”

Cabello said the appointment is an opportunity to build upon the progress he has led statewide along with the Greg Lindmark Foundation to address the emotional health needs of police officers in particular. In 2017, the General Assembly enacted the Officer Greg Lindmark Memorial Law, sponsored by Representative Cabello, which requires that police officers receive training in effective recognition of and responses to stress, trauma, and post-traumatic stress experienced by police officers.

The First Responders Suicide Task Force was created this year, facilitated by the passage of House Bill 2766, which was signed into law by Gov. Pritzker.

The task force is required to submit final report on or before Dec. 31, with specific recommendations to help reduce the risk and rates of suicide among first responders in Illinois.