One man arrested, another wanted in Rockford home invasion 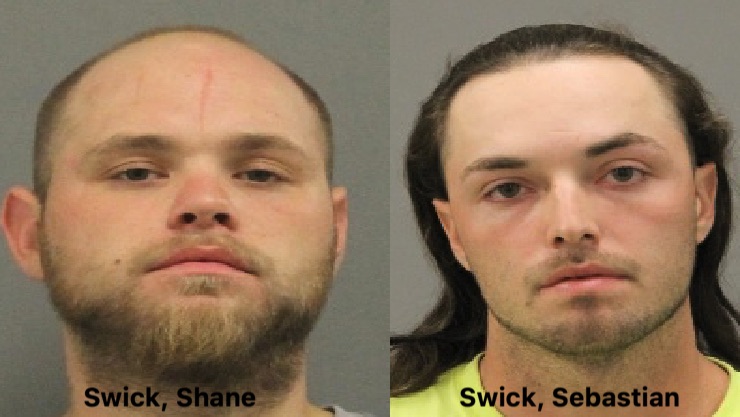 ROCKFORD – A Rockford man was arrested in a home invasion that occurred on the city’s south side last fall.

Shane Swick, 27, was taken into custody Wednesday in the 200 block of James Avenue and booked on charges of home invasion, aggravated battery and mob action. Police say the allegations stem from an incident that happened Oct. 25, 2019, in the 2900 block of Lapey Street. There, officers spoke to a 42-year-old man who said he battered in his residence by two men he knew.

The victim was treated at a local hospital for a non-life threatening head injury and a broken arm.

Detectives from the Violent Crimes Unit conducted a follow-up investigation, and warrants were issued for Swick and his 28-year-old brother, Sebastian Swick.

Sebastian Swick faces similar charges and is still at large. Bond for both suspects has been set at $250,000.

Anyone with information on the whereabouts of Sebastian Swick urged to call Rockford Police at 815-966-2900 or leave an anonymous tip with Rockford Area Crime Stoppers at 815-963-7867.

Illinois has legal marijuana but law enforcement still has questions