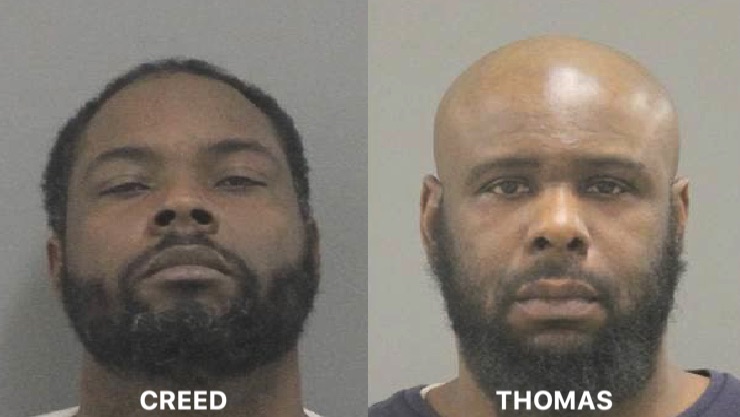 ROCKFORD – Two men face burglary charges after officers with the Rockford Police Department responded to an incident on the city’s east side.

At around 9:50 p.m., Tuesday, Jan. 7, officers were called to the 6700 block of Barrick Drive for
a complaint of a suspicious person. The resident reported hearing a loud banging noise at
her door, prior to calling the police.

Officers learned the front door to the residence was forced open, and while canvassing the area, they located one suspect, identified as 41-year-old Kevin Creed, of Rockford. He was taken into custody without incident.

A K9 was utilized in an attempt to search other suspects and later located 41-year-old Jerry Thomas, of Rockford, hiding in the 2700 block of Reid Farm Road. Police say Thomas fled from officers ad was bitten by the service dog. Thomas was treated for non- life-threatening injuries at local hospital.

Trump to speak on Iran exchange