City of Rockford agrees to settle civil lawsuit for $11 million 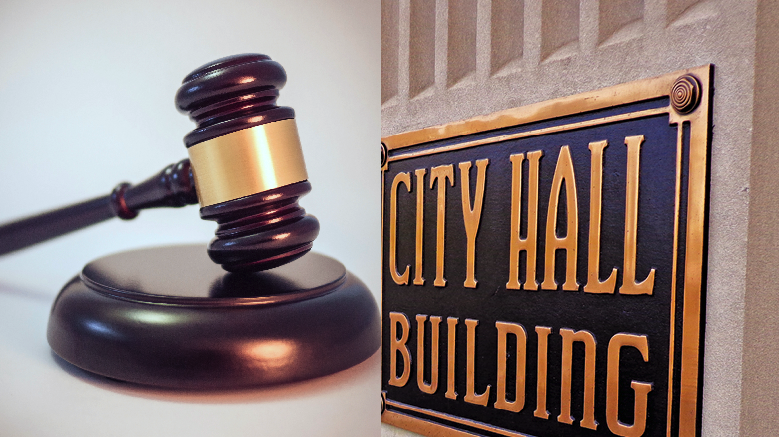 The suit was brought by Tyjuan T. Anderson, 38; Anthony S. Ross, 39; and 46-year-old Lumont D. Johnson, all of Rockford. The trio spent more more than 10 years in prison for the shooting death of 8-year-old DeMarcus Hanson.

Hanson was hit in the head by a stray bullet April 14, 2002, at his grandmother’s Chestnut Street home. Prosecutors said the bullet was one of several fired by the Anderson, Ross and Johnson, who were targeting the boy’s uncle, Alex Dowthard, a member of the Gangster Disciples. Dowthard identified the men as the shooters; they were each sentenced to 50 years.

The case made headlines again a decade later when former Rockford Detective Doug Palmer told reporters that he physically assaulted Ross and Anderson during questioning.

In addition, he said he falsified statements, intimidated witnesses and handcuffed a woman in front of her crying baby to get her to talk.

Anderson and  Johnson were convicted in October 2002. Ross was found guilty in March 2004. Palmer resigned from the Rockford Police Department after having a sexual relationship with an informant in an unrelated case. A year after he resigned, Palmer told attorneys representing the defendants that they may be innocent. He went to Chicago media in 2013 and not only detailed his own misconduct but claimed his fellow officers were also guilty of bad behavior.

“You had guys that would walk around with jail photos of people they had beaten as jail trophies,” he told the station.

The convictions of Ross, Anderson and Johnson were upheld in 2005 and 2006. However, Judge Joe McGraw ordered new trials in 2014, after Palmer came forward.

Witnesses who took the stand in the first  trial evoked their Fifth Amendment rights and refused to testify in the second. The men were acquitted in 2015, and brought a lawsuit seeking as much as $80 million against the city in federal court. The suit claimed police withheld exculpatory evidence, fabricated statements and coerced witnesses.

The complaint was dismissed in 2018. The plaintiffs filed an appeal, however; and in 2019 a federal appellate court in Chicago reversed parts of the dismissal, sending the case back to the United States District in Rockford.

Palmer was among several officers named in the complaint.

City of Rockford Legal Director Nick Meyer said the case could have caused the city tremendous financial hardship had it lost in a jury trial.

“Palmer admitted the alleged wrongdoing in sworn affidavits, testimony under oath in post-conviction proceedings, and a televised interview,” Meyer said. “Whether those statements are true or false, that still makes this an almost indefensible case.”

Meyer said the average judgment for individuals wrongly convicted and imprisoned because of police misconduct is $1 million per year of incarceration, and there have been recent verdicts up to $25 million plus attorney fees per plaintiff in similar cases.

“None of those cases involved an officer that essentially admitted to framing the plaintiffs,” he said. “The City of Rockford could have been liable for between $20 million and $75 million.”

The settlement cancels the civil trial that was scheduled to begin this week.

“We need to remember that a little boy was murdered in 2002 while he slept at his grandmother’s house,” Mayor Tom McNamara said. “His family, friends and our community still suffer for that senseless tragedy nearly 18 years ago and still do not have justice.”

The mayor added that Palmer’s actions when he was member of the Rockford Police have no bearing on today’s department.

“Although this case highlights the misconduct of one officer, it does not reflect the integrity of our entire source,” he said. “The Rockford Police Department is comprised of more than 300 outstanding men and women who have dedicated their lives to serving our community and who are working to make Rockford safer every day.”

The city expects to issue bonds to pay the majority of the settlement. Officials say when the incident occurred in 2002, Rockford did not have insurance to cover such settlement but began purchasing coverage in 2008.

Anderson is represented by Seven Greenberg, of Chicago, known recently for representing R. Kelly in his sexual abuse case. Johnson and Ross are represented by Chicago firm Loevy & Loevy.

According to court records, Ross was sentenced in 2017 to 11 years federal prison for possession with the intent to distribute heroin and cocaine, and illegal possession of a firearm. He’s currently lodged in the Winnebago County Jail.

Records also show that Anderson and Johnson face federal drug charges filed in 2018, allegations that they were part of a drug trafficking operation involving cocaine, heroin and crack.

The story has been updated.

Bates to retire from Community Foundation of Northern Illinois