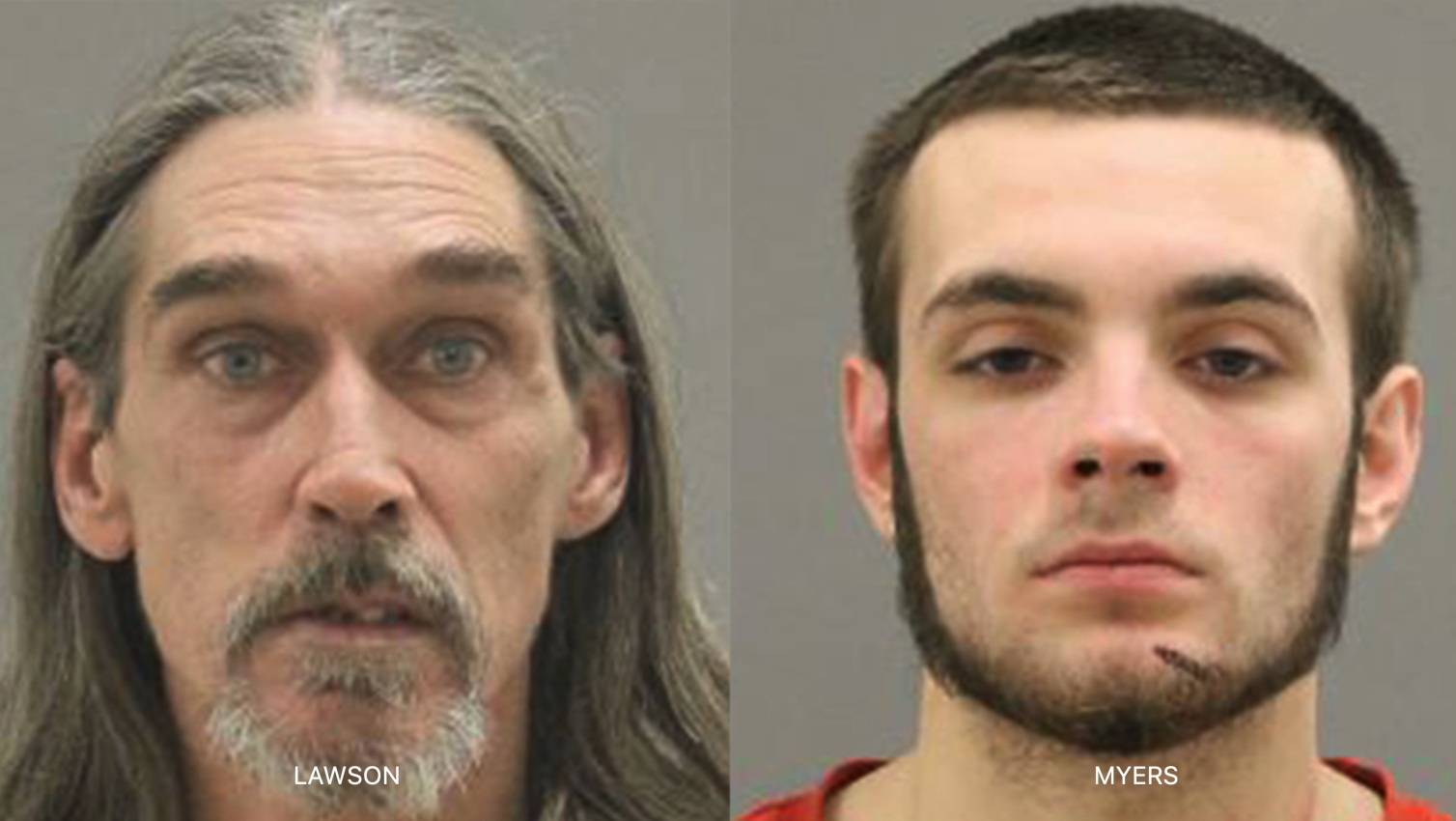 ROCKFORD – Two Rockford men are charged with attempted murder after police investigate a battery complaint on the city’s near-east side.

Police say at approximately 9:30  p.m., Wednesday, officers responded to the 2200 block of 20th Avenue and learned that a badly beaten man had been been dumped off in the parking lot of a nearby industrial building.

“The victim was subsequently transported to a local hospital where he remains in critical condition,” Rockford Police Public Information Officer Michelle Marcomb said in a release.

Detectives later located a van they say was used in the crime and identified two suspects, 58-year-old Harry Lawson, and Dylan Myers, 27, both of Rockford. They re each charged with attempted first-degree murder.

Two other people have also been charged, Rockford residents, 28-year-old Cartese Smith, and 19-year-old Jenna Angileri. Police allege that Smith and Angileri concealed evidence in the case as well as cleaned up the scene. Both women are charged with obstruction of justice. Smith is also charged with destroying evidence.

Lawson is being held on a $350,000 bond. Myers is on a Illinois Department of Corrections hold. Both suspects are in the Winnebago County Jail. As of this report, Smith and Angileri are not in custody.