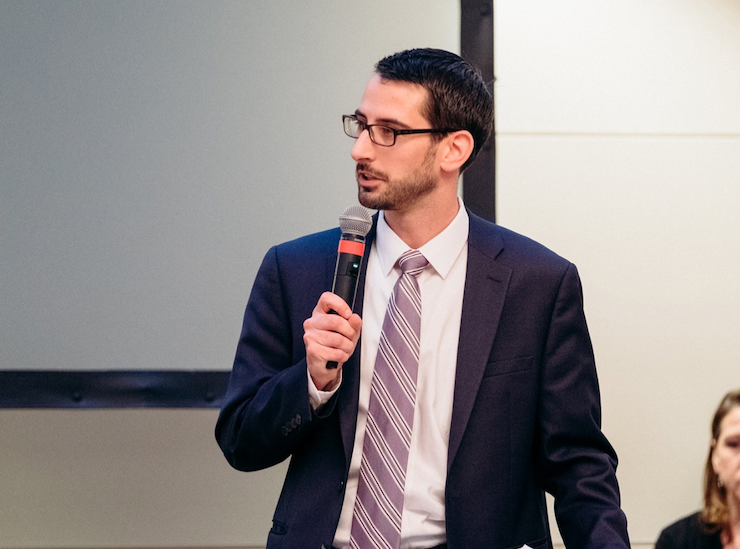 ROCKFORD – Rockford Mayor Tom McNamara has stern words for those who insist on gathering in groups despite Gov. J.B. Pritzker’s stay-at-home order.

The mayor used a portion of a coronavirus press briefing Thursday to respond to the Rockford Park District’s decision to take down outdoor basketball hoops in order to stop pick-up games.

“It is pathetic that our park district has to remove basketball rims because some won’t do the right thing,” he said.

“I, too, have small children, and once in awhile I just want to get out of the house,” the mayor said. “Use curbside pickup and online ordering. Don’t endanger others because you simply want to get outside.”

And because Rockford Public Schools just launched its Distance Learning website, the mayor said basketball and video games should now take a backseat to school work.

“What I would tell parents is, ‘Have your kids work on e-learning and not going to the video game store to buy more video games,'” he said.

The mayor’s message to businesses that may be staying open just to accommodate other scofflaws was also a simple one: “GameStop, Mattress Firm, you are not essential businesses.”

A new ordinance that allows the city to fine non-essential businesses $750 per day for staying open, McNamara said, can also be used to fine individuals who gather in groups.

“I have not used that power–which I have,” he said. “And I do not want to use that power. (But) I am not going to hesitate to use it if it means protecting the health of our community. ”

Pritzker’s stay-at-home order requires non-essential businesses to close through April 30. Under the order, gathering in groups of more than 10 people is also prohibited.

The governor said while police agencies have not been instructed to aggressively enforce the 10-person rule, those who blatantly disregard it could be charged with reckless conduct, a Class A misdemeanor.

In Winnebago County, 30 people have tested positive for COVID-19 and one resident has died.

Meanwhile, with around  75% of the state’s 7,695 cases in Cook County, Chicago is considered a COVID-19 hotspot. As a result, the city is preparing for a surge as testing increases. Mayor Lori Lightfoot announced earlier this week as many as 40,000 people could be hospitalized there in coming weeks.

Winnebago County is also ready for a spike. Officials hope to keep the local infection rate at 20% or better so not to overwhelm Rockford’s three hospitals that collectively only have 892 beds and 68 ventilators.

Around 80% of COVID-19 cases are considered mild, meaning patients suffer flu-like symptoms that are treated at home. Approximately 14% are considered severe cases, while approximately 5-6% are critical. Although it’s a moving target, the mortality rate is currently around 1-3%.

Those percentages, local leaders say, could still equate to a heavy strain on the medical community.

“We need everyone who’s at home to stay home,” Martell said. “Only go out for essential services. And only one person should go out for those essential services, so you can limit the risk to your family, the rest of our community and our essential workers. I continue to see crowded parking lots with multiple individuals going into a store to shop for a single family.”