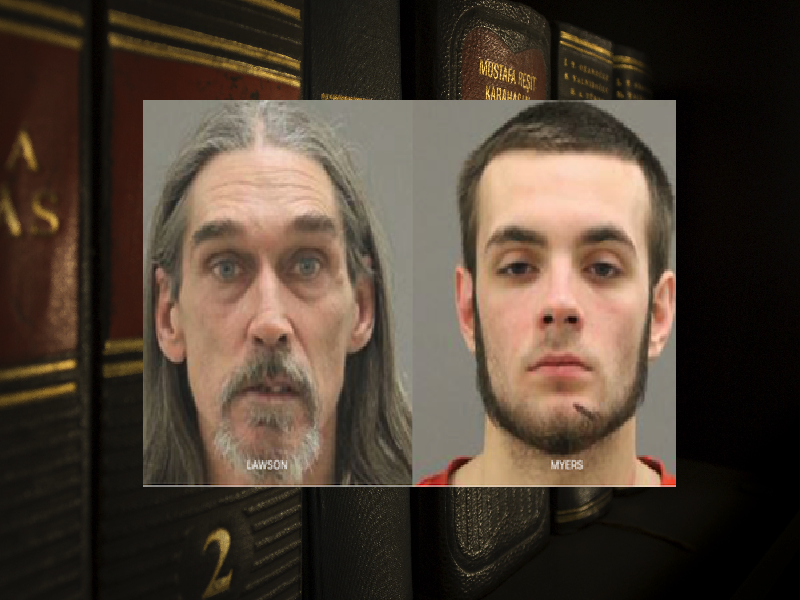 Harry Lawson Jr., 58, and Dylan Myers, 27, both of Rockford, are charged with attempted first-degree murder and aggravated battery after a March 25 incident when police discovered a badly beaten man in the parking lot of a south-Rockford industrial building.

“The victim was subsequently transported to a local hospital where he remains in critical condition,” Rockford Police Public Information Officer Michelle Marcomb said in a release last week. The victim’s current condition is not known.

Detectives later located a van they say was used in the crime and identified Lawson and and Myers as suspects.

Two other people have also been charged, Rockford residents, 28-year-old Cartese Smith, and 19-year-old Jenna Angileri. Authorities allege that Smith and Angileri concealed evidence in the case as well as cleaned up the scene.

Dylan Myers is scheduled to appear in court May 29. Lawson is scheduled for a June 26 hearing. Both men are lodged in the Winnebago County  Jail.

Smith and Angileri are not in custody. Their court dates are pending.

Dems mull how to hit Trump on pandemic, economy