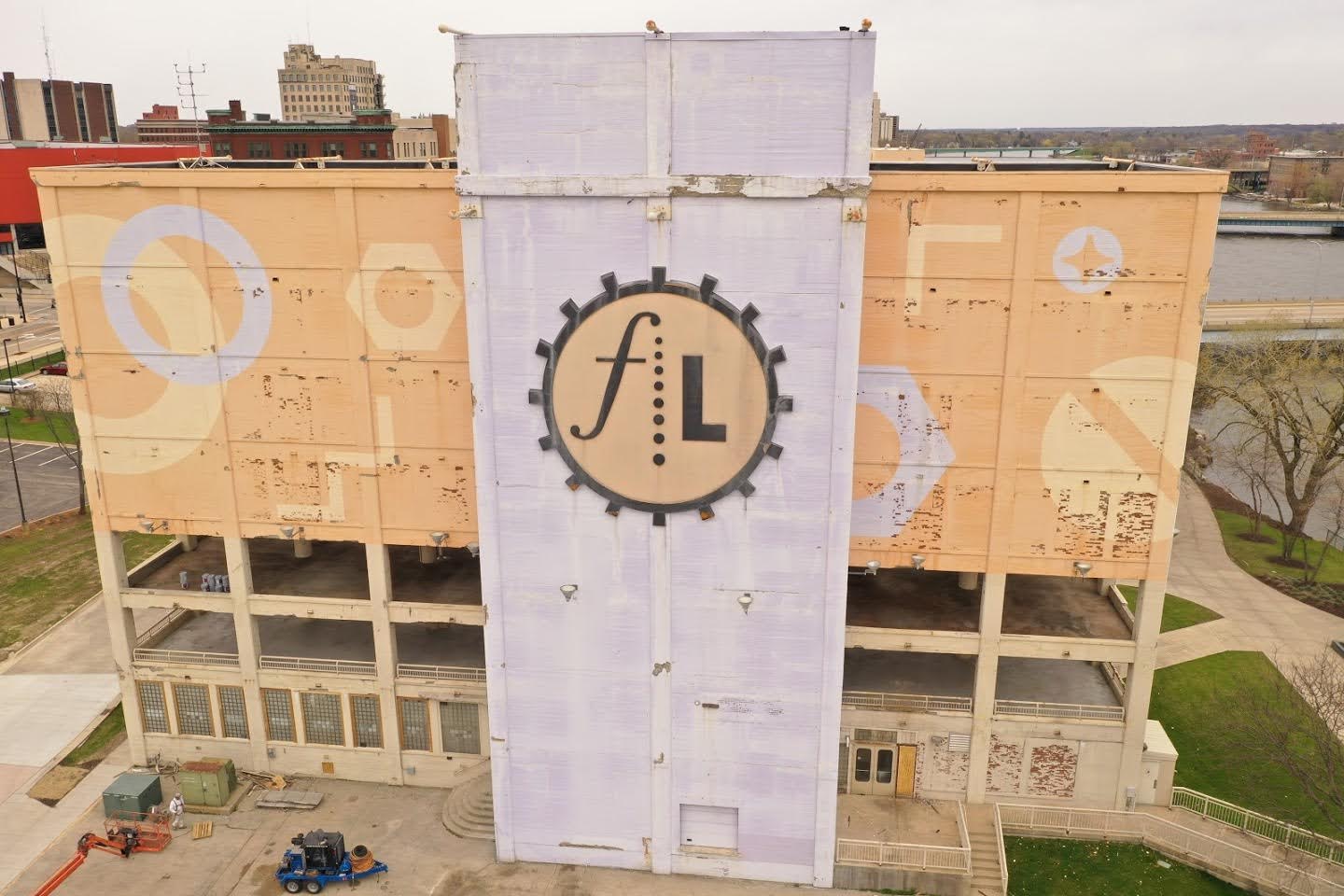 ROCKFORD – Thanks for a partnership between the City of Rockford and Gorman & Company, Founders Landing, in the center of Davis Park, will get makeover.

With the city-owned Rockford Conference Center and Gorman & Company’s adjacent Embassy Suites by Hilton Rockford Riverfront set to open this summer, the seven-story Founders Landing –just north of the new conference center – will be repainted over the next few weeks.

“While the City and the Davis Park Task Force continue to explore ways to redevelop Davis Park, painting the Lorden building will give it some new life and will make it a much better neighbor to the new conference center and Embassy Suites,” Rockford Mayor Tom McNamara said. “We appreciate Gorman & Company partnering with the city by donating to the effort.”

The building was last painted in the mid 1990s.

Repainting the building is part of an overall effort to spruce up the park. Last summer, the city’s public works team partnered with Rockford Sharefest, the Davis Park Task Force and the Rockford Area Convention & Visitors Bureau to beautify the park by refurbishing benches, repainting fencing, the gazebo and light poles and trimming trees.

The group installed new landscaping, added water service to the park’s north end, and installed a new water pump for the underpass below the Chestnut Street bridge, making the riverfront path usable again. A mural was commission on the pier abutment, and during the summer, the Rockford Park District also installed a temporary skate park at the south end of the park.

The building’s color scheme will complement the city’s conference center and the new hotel–white, grey with accent colors of green, yellow and black that are already present in the park.

In total, more than 470 gallons of paint will be applied to the building.