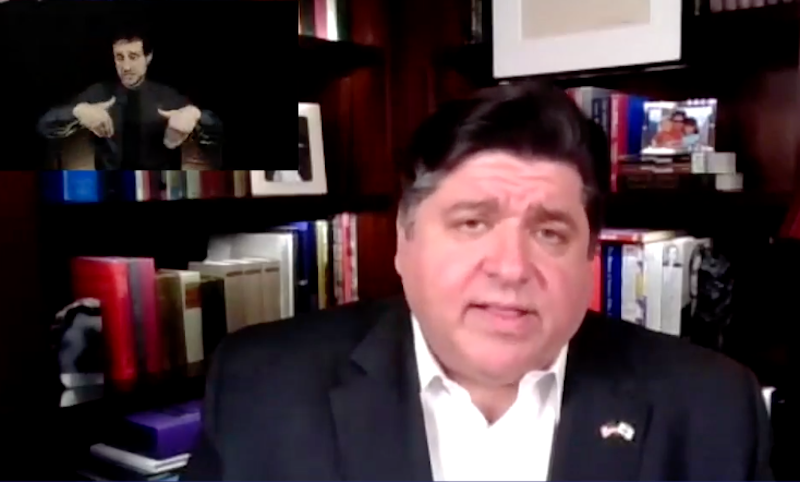 Repeating that businesses that are regulated by the state could have their licensees suspended for opening too soon, the governor added a call for local leaders to step up and prevent citizens from defying the stay-at-home edict that expires at the end of this month and the restrictions in his “Restore Illinois” plan for reopening.

Pritzker also said counties that allow businesses to defy the orders may not be reimbursed by the Federal Emergency Management Agency (FEMA) for pandemic-related losses. The governor has control of those funds and the authority to distribute them as he sees fit.

They’re also could be police intervention, he said. 

“Local law enforcement and the Illinois State Police can and will take action,” Pritzker said. “There is no consequence of the state could impose that is greater than the harm you will do to your own communities. ”

Ezike said the recent spike in cases does not mean things are getting worse; she expected the number of infections to grow as the state increased testing capacity. Hospitalization and infection rates gauge where Illinois is on the COVID trajectory. Both are currently trending in the right direction.

“We need to look at our denominator and see that it is a great thing that we are increasing our capacity for testing,” she said. “As you look at the percent positivity, it’s not that our percent positivity it going up. The higher number of cases are because we are testing more people. Overall, our positivity rate is not going up.”

As of Wednesday, 4,563 people were hospitalized with COVID symptoms. Of those, 1,208 patients were in intensive care. There were 714 patients on ventilators.