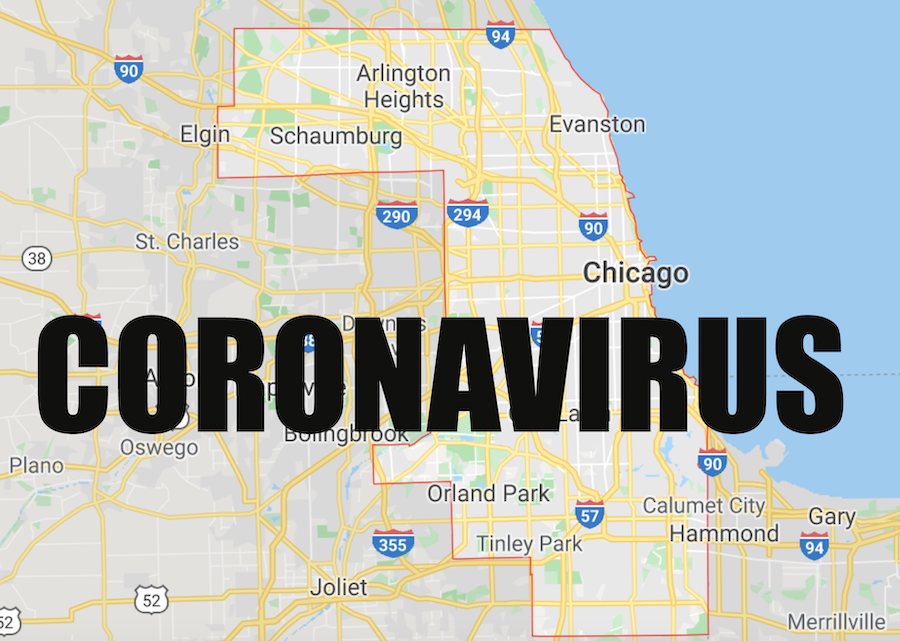 CHICAGO – The Illinois Department of Public Health, on Saturday, announced that 125 more people have did from complications related to COVID-19, 100 of which were reported in Cook County.

There are now 29,160 confirmed cases of COVID-19 in Illinois, including 1,259 deaths. Three quarters of those numbers are out of Cook County.

Coronavirus disease mildly affects most people–about 80% recover at home. About 15-16% of those who test positive require medical attention. Around 4-5% of infections are considered critical. The U.S. mortality is running somewhere between 2 and 4%.

Those at risk of becoming seriously ill from COVID-19 are the elderly, those with preexisting health problems like hypertension, lung diseases, diabetes and cancer. People with compromised immune systems are also considered high risk.

Illinois remains under a stay-at-home order through April 30, a measure that has shuttered most non-essential businesses and kept schools closed since mid-March.

Gov. J.B. Pritzker said Saturday that Illinois has not seen a peak in the pandemic yet, despite projections reported by several COVID-19 models. As a result, he has not decided what an extension, which is likely, of the stay-at-home order will look like.

“It’s hard to make decision about what happens 14 days or a month, or two months after the peak,” he said.

Pritzker’s comments come on the heels of a letter written by six Winnebago County mayors, asking him to consider allowing areas not hit hard by COVID-19 to start opening small businesses May 1. The governor did not address the letter specifically but said he is cautiously examining the possibility of a regional reopening.

“I understand there are differences in the number of cases that are occurring in different parts of the state,” Pritzker said. “So, I understand the desire to try to regionalize. And I am looking at the data to try to determine things. A lot of this has to do with when we hit peak– are our hospitals going to be available to people who need hospitalization, ICU beds, ventilators–(and) trying to measure that and what the ascent rate is here. Because we are still increasing the number of deaths. We are still increasing the number of total cases in the state. So, I’ve got to take all that into consideration and then look at what hospitals are more available or less available as a result.”

Pritzker said the rate of COVID-19 ascent in some rural areas of Illinois is starting to match the rate in bigger cities, something he says is worrisome as he considers how to structure things.

“I worry a lot when I think about regionalization,” he said. “I worry about the rate of ascent in rural areas. Maybe people aren’t following the stay-at-home order as much, or for whatever other reason. I want to make sure we are doing everything we can to keep the caseload down in rural areas.”

With a population about 285,000, Winnebago County has seen 179 confirmed cases of COVID-19 and nine deaths. A total of 2,129 people have been tested. The number of pending tests stands at 704, as of Saturday.